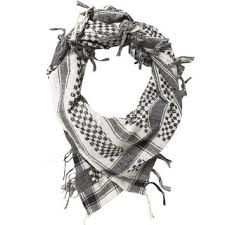 Back in the spring, some students at Georgetown University took umbrage at a celebration of Israel’s sixtieth anniversary, organized by a pro-Israel student group. Their protest took the form of sitting on the lawn next to the revelers, mouths taped shut. The student newspaper The Hoya covered the demonstration, and described it thus:

About 30 demonstrators, many of whom were graduate students, wore black shirts, tape over their mouths and, in many cases, neck scarves. They did not speak but handed out quarter sheets with a cartoon and short message; one held a poster-sized version of the quarter sheet which began, “Our presence is a gesture toward the many for whom the passing of these 60 years is not marked by celebration.”

There is nothing unusual about this scene at Georgetown or any campus. Student demonstrations for and against political causes are a staple of campus life.

But I was taken aback to see this demonstration highlighted in the newsletter of an academic unit of the university. I refer to an article in the June issue of the Center for Contemporary Arab Studies’ CCAS News, under the headline “MAAS Students Demonstrate Against ‘Israel: Still Sexy at Sixty’ Celebration.” Some of the students in question, it turns out, were masters’ degree students at the Center. (The CCAS degree program is called MAAS, Master of Arts in Arab Studies.) CCAS News ran this story over two pages, with two photographs of the protesting students, taking care (unlike The Hoya) to identify them as “MAAS students” (and to point out that the “neck scarves” were kaffiyehs).

Presumably this demonstration was not a CCAS activity, and not done at its initiative or under its sponsorship. So I wonder why it is highlighted under “Center News” in this thrice-annual survey of the Center’s academic activities. Am I to understand that CCAS officially takes pride in its students’ activism for this political cause? After all, the newsletter is comprised exclusively of news about the admirable achievements and doings of the Center and its faculty, students, guests, and supporters.

The public wink of approval offered by CCAS to this anti-Israel demonstration is a troubling example of the total confusion of the academic and the political. It is also a form of subtle intimidation. It sends a signal to those Georgetown and CCAS students who do not share the views on display in the demonstration, or who might even have participated in the pro-Israel celebration. What are they to conclude? That they are not welcome, or less welcome, to take a masters’ degree or a course in this program? That their lack of activism, or their activism for Israel, will put them at a disadvantage? They might well conclude just that. (Coincidentally, the same newsletter reports that the student who organized the demonstration received a U.S. government summer study grant via the Center. Almost 100 students applied; only five received grants.)

I urge the director of CCAS and the Georgetown administration to express their regret at the unfortunate inclusion of this article in CCAS News, and to reassure all Georgetown students that CCAS does not explicitly or implicitly endorse the extracurricular political activities of any of its faculty, staff, or students. The U.S. Department of Education, which subsidizes CCAS to the tune of about $1.5 million a year (under Title VI), should actively seek such reassurance.