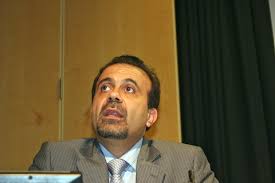 There are reports that Columbia University has tenured the rabid Joseph Massad. At least this is what Massad, now in Cairo, has told his friends. I’ve written my response to such a development, but I won’t post it until Columbia confesses to the crime. As of this moment, no one in the administration is confirming, denying, or commenting on the rumor, and there may be some final procedure to complete. In the meantime, read my past writings on Massad, linked from the right sidebar of Sandbox beneath “Kramer on Massad.” And read Massad’s latest contribution to our understanding of the Middle East: “The Gaza Ghetto Uprising.”

Update, April 12: David Bernstein at Volokh Conspiracy, who’s also been on Massad’s trail, exposes Massad’s addiction to the Israel-Nazi analogy, and his past deceit in denying it.