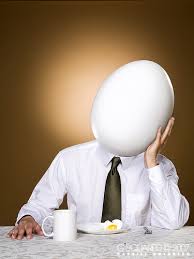 “Scholars on the Sidelines” is the headline of an op-ed by Harvard’s Joseph Nye in Monday’s Washington Post. There he notes that the Obama administration has appointed few political scientists to top positions, and predicts a widening of the divide between policymaking and academic theorizing. His Harvard colleague Stephen Walt has echoed the complaint, placing the blame upon scholars who follow what he calls “the cult of irrelevance.” Michael Desch, a Notre Dame political scientist, also has written in the same vein in a new piece entitled “Professor Smith Goes to Washington,” claiming that while Obama may be “depopulating the Ivy League and other leading universities with his appointments,” it’s unlikely the academics can match the influence of the think tanks or overcome the anti-intellectualism that pervades society and government.

I addressed the question myself, in an article entitled “Policy and the Academy: An Illicit Relationship?” originally delivered as a lecture in 2002. The occasion was the tenth anniversary of the passing of Elie Kedourie (1926-1992), who taught politics at the London School of Economics and whose work has had an abiding influence upon many students of the Middle East, myself included. My subject was a short essay by Kedourie, dating from 1961, entitled “Foreign Policy: A Practical Pursuit.” I explored (and contested) Kedourie’s principled belief that policy and the academy should not meet, and that the divide benefited them both.

My piece is on the web and many have read it. But now that this debate has resumed, I think it useful to provide access to Kedourie’s own text—a trenchant 1,100 words—which I think speaks rather more forcefully than my synopsis of it. Read his piece first, and only then read my discussion of it. (By the way, the poet he quotes is Eliot; the poem, Gerontion. And yes, Kedourie usually did put “social scientists” in quotation marks.)