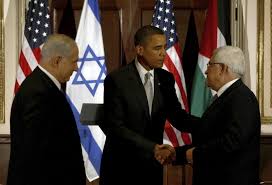 My Columbia lecture has been published in the Middle East Papers series of Middle East Strategy at Harvard. My core argument is that the Obama administration is thwarting itself, by seeming reluctant to uphold American primacy in the region. More troops in Afghanistan are unlikely to change the Middle Eastern perception that the United States is something less than it was. That’s because Iran is seen as the true test of American resolve. Download the paper here.