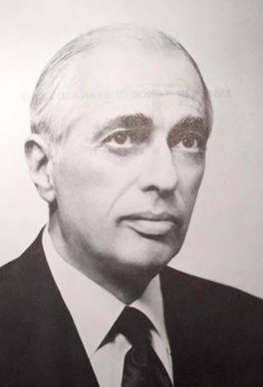 Bernard Lewis has passed away, less than two weeks shy of his 102d birthday. The headline of today’s Washington Post obituary describes him as “eminent historian of the Middle East.” “Preeminent” would be more accurate. The vast range of his humanist erudition, his mastery of difficult languages, and his command of every nuance of English, inspired veneration and envy.

Bernard tended kindly to generations of students, rewarded friendship with loyalty, imparted his wisdom to statesmen, and fought many good fights. He loved his adopted country, America, and his ancestral land, Israel. And he had an abiding respect and empathy for the civilization of Islam. Bernard combined genius and (what the Jews call) menschlichkeit—a fusion of integrity, decency, and compassion.

Condolences to his family, and to his faithful companion Buntzie, with whom he wrote his last, great chapters.

(For a short interview on Bernard Lewis that I gave to the BBC Newshour today, go here. For my considered assessment on his centenary in 2016, see my two-part essay “The Return of Bernard Lewis” and “The Master Historian of the Middle East,” at Mosaic Magazine. For my earlier, succinct account of his pre-9/11 career, see my entry on him in the Encyclopedia of Historians and Historical Writing, here.)

Below is a short personal excerpt from one of the essays linked above.

If Bernard is so beloved today by so many, it is because he readily assumed the role of a mentor to the young. I was a case in point, having first enrolled in Bernard’s class at Princeton as a twenty-two-year-old graduate student. He was then sixty, almost two full generations older, but within a month he had set me up with an assistantship, giving me a key to his office at the Institute for Advanced Study and tasking me with cataloguing incoming scholarly offprints. There, working after hours and on weekends, I would sit at his desk, marveling at the sheer volume and variety of the incoming mail and catching glimpses of the correspondence of a scholar with a global reputation.

Every few weeks, Bernard would invite me to lunch at the Institute, followed by a vigorous walk in its surrounding woods. Then would come the high point. Choosing a shelf in his massive library, he would go through it one book at a time, estimating each tome’s significance to scholarship, sharing some lore (or was it gossip?) about its author, and parsing the dedication. I recall his taking up a book by Maxime Rodinson, the French former Communist and scholar of Islam whose political opinions were polar opposites to his. Rodinson had inscribed a warm and affectionate dedication. “He’s a scoundrel,” Bernard said with a twinkle in his eye. “But I like him.”

Such gifts of precious time were hardly mine alone. Over the years, I heard many similar stories from other students, dispelling any illusion that I was especially privileged. (Still, less than two years after we met, he traveled from Princeton to Washington to attend my wedding, and in a fluent Hebrew hand signed the wedding contract as a witness.) His generosity to students and younger scholars assured him a devoted personal following over the course of several generations….

An entire syllabus on the history of the Middle East since the advent of Islam could be compiled exclusively from the writings of Bernard Lewis. (And, so numerous are the translations of his works, it could be done in several languages.) In this respect, he towers above all of his contemporaries and successors and arguably also over his famed Orientalist predecessors, none of whom was trained as a historian. It will be a long time, perhaps generations, before the study of Islam and the Middle East will invite and admit another genius of his caliber.

In the meantime, we have his classic works to guide us through this dark age of obfuscation. There can be no better way to mark Bernard’s centenary than to reread his essays, fill the gaps on one’s shelf of his many books, and revisit his most timeless insights in the light of current events. On his centenary, let us pay homage and offer thanks for the good fortune that has given him to us in such abundance.