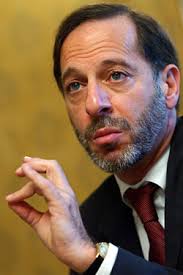 The Washington Post runs an article today, exploring the origins of President Obama’s heels-dug-in stance on Israeli settlements. White House officials described Obama’s position to the Post as “years old and not the product of recent events or discussions.” The Post then traces it way back to some of Obama’s Jewish friends from Chicago days. The earliest influence named in the piece is the late Rabbi Arnold Jacob Wolf of Hyde Park, whose synagogue was across from Obama’s home (and whom Marty Peretz memorably described as “one of those remaining nudnik Reform clergy who is always pained that, given the distress of the Palestinians, life is too good for the Israelis”).

But how is it possible to mention Wolf and not Rashid Khalidi, Obama’s University of Chicago colleague? Not only did Obama famously have his own “conversations” with Khalidi, but Wolf attested that his own conversations with Obama on Israel and the Palestinians were three-way, involving Khalidi. A journalist who interviewed Wolf last year wrote this:

Wolf has impressions about Obama’s initial views on Israel more than specifics, and the impression was one of sympathy for the views that he and their mutual friend, Palestinian advocate Rashid Khalidi, expressed to him on Israel—views including the need to pressure Israel to give up the West Bank. In retrospect, he believes that Obama was carefully considering their perspective rather than endorsing it. “When he was listening, we had his ear, but he didn’t come down on our side,” he reflects. “I think he was listening and learning and thinking.”

“Our side,” no less. It makes no sense to invoke Wolf’s influence without even mentioning Khalidi, because on the question of the West Bank, they were a tag-team.

That’s why writing Khalidi out of the story of Obama’s view of the settlements is absurd. Back in October, I delivered a lecture suggesting that Khalidi gave Obama his primer on the Middle East. I recently posted it here, for the record. There’s nothing in it I would change, and the claim that Obama got his intransigent view of the settlements from exclusively Jewish sources is yet another attempt to sweep Khalidi under the rug.