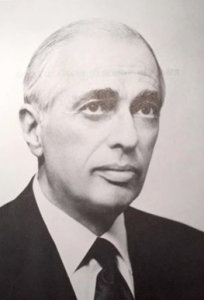 Yesterday was the 100th birthday of Bernard Lewis, preeminent historian of the Middle East and Islam. Today, Mosaic Magazine has published my essay for the occasion. I take as my point of departure an article Lewis wrote for the January 1976 issue of Commentary, entitled “The Return of Islam.” That article defied conventional wisdom and heralded the advent of a new era in the history of the Middle East. Lewis was pilloried for writing it, but subsequent events, from the Iranian revolution to 9/11, utterly vindicated him. Mine is the monthly essay at Mosaic Magazine, which means that responses will be published there throughout June, and I’ll have the final word at the end of the month.

The latest manifestation of “the return of Islam” is the Islamic State, and one wonders what Lewis would write about it were he still an active scholar. The Islamic State, with its deliberate attempts to mimic the early Islamic conquests, would provide a rich lode. It isn’t hard to imagine the themes Lewis would elucidate: the jihad mode of warfare, the meaning of the caliphate, the restoration of slavery, the symbolism of beheading and other forms of execution in Islamic history, the Islamic concept of the apocalypse, and on and on.

It would be the sort of exercise he accomplished in 1967, when he published a lively and lightly erudite book on the medieval Assassins, a group whose violence became so infamous that it gave us our word for murderous treachery. The Assassins sold more briskly, in many editions and translations, than just about any work on early Islamic history, and for an obvious reason: the back jacket of one new edition described it as “particularly insightful in light of the rise of the terrorist attacks in the U.S. and in Israel.”

In the original book, Lewis drew no comparisons, but he added a preface to later editions, in which he cautiously did just that, pointing to “interesting resemblances and contrasts.” Most of these related to Iran and its Shi’ite extensions, an obvious parallel. (The Assassins were an offshoot of Isma’ili Shi’ism, with bases in Iran and Syria.) But no resemblance appears closer than that between the Assassins and the Islamic State today.

“Of all the lessons to be learnt from the Assassins,” Lewis concluded,

perhaps the most important is their final and total failure. They did not overthrow the existing order; they did not even succeed in holding a single city of any size. Even their castle domains became no more than petty principalities, which in time were overwhelmed by conquest.

If that’s the main lesson, then it’s sobering to realize that the Islamic State, entrenched for the last two years in the cities of Raqqa and Mosul, has already achieved more than the medieval Assassins, against a much more formidable alliance than the Assassins ever faced. While the Obama administration has vowed to defeat the Islamic State, most analysts are busy explaining why inflicting “final and total failure” on the Islamic State is impossible, at least for now.

The Assassins didn’t peter out. Their enemies decided to extirpate them. That the Islamic State has managed to carve out its own principality on such a scale, and hold it for so long, doesn’t speak well of the resolve of its enemies. At some point, it will probably suffer a blow from which it won’t recover (although one doubts that its leftovers will become “small and peaceful communities of peasants and merchants,” as was the case with the Isma’ili descendants of the Assassins). But by that time, it may well have metastasized to many other places.

All of which is to emphasize, if any emphasis were needed, that the writings of Bernard Lewis remain a useful stimulus for thinking and lesson-learning about the Middle East, still in the throes of the “return of Islam.” Events will prompt readers to consult his works again and again.

Happy birthday, Bernard! To 120, and then some.