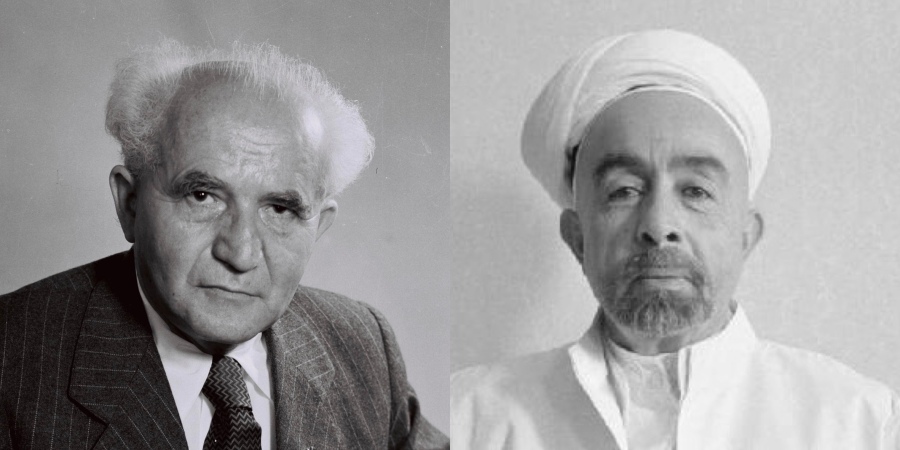 The role of individual leaders in history is much-contested. But if leaders matter—and I think they do—then they have to matter to each other. Let’s call that factor “the other guy”—that other person, also a leader, whose opposition might block the way, or whose cooperation might open a door.

And the examples are legion. What’s Napoleon without Wellington? Franklin without Washington? Grant without Lee? Gladstone without Disraeli? Custer without Crazy Horse? Roosevelt without Churchill, Churchill without Hitler, and Hitler without Stalin? These questions fuel the fascinating genre of the dual biography. That’s when a historian takes two leaders, and intertwines their lives as a series of interactions, often culminating in a duel that changes the course of history.

The examples in the history of Israel are also numerous—of the intertwined lives of Israeli and Arab leaders whose duels had huge consequences. David Ben-Gurion and King Abdullah (the First) of Jordan fought a war in 1948, and its political and demographic legacy is still with us. Menachem Begin and Egyptian president Anwar Sadat made peace in 1979, and it’s the pillar of Israel’s security to this day. Ariel Sharon and PLO chairman Yasser Arafat slugged it out time and again, and we still live in the ambiguous reality they created. These weren’t just three encounters. They were fateful.

In a new essay for Mosaic, I apply this dual approach to the first of these pairs: Ben-Gurion and Abdullah. There are crucial differences between the two, but you’ll discover more parallels than you might think. Go here to Mosaic, or download here.