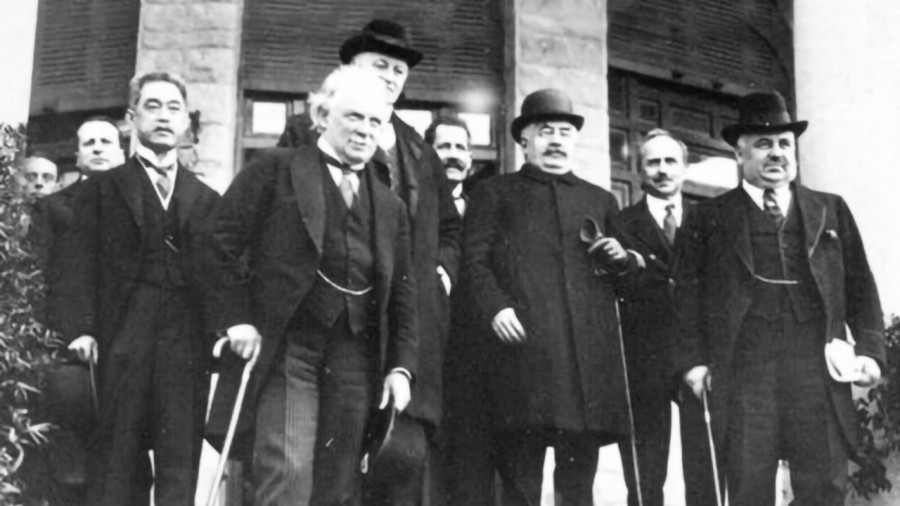 Three years ago this month, Israel marked not one but two major anniversaries: the centennial of the Balfour Declaration, announcing British support for a Jewish national home in Palestine (November 2, 1917), and 70 years since the UN General Assembly partition resolution calling for separate Jewish and Arab states in Palestine (November 29, 1947). Both are widely recognized as landmarks on the road to Israeli independence.

This year, though, we’ve been told by Zionist organizations, Israeli officials, and political activists that we should really be celebrating a different date entirely: namely, this year’s centennial of an international conference held in San Remo on the Italian Riviera in late April 1920. At that conference, a sequel to the post-World War I Paris peace conference of 1919, Britain and France (along with Italy and Japan) agreed on the division of the post-Ottoman Levant and Mesopotamia into League of Nations mandates.

As any glance at an Israeli calendar shows, this event is not something that’s usually been commemorated. Is it nevertheless really the case, as some insist, that San Remo was and remains more important to Israel’s legitimacy than the Balfour Declaration and the UN resolution? Advocates of this idea say things like this:

Indeed, in the judgment of one pundit, so important is San Remo that the street in Jerusalem named for the 1947 UN resolution—it’s called the 29th of November Street—should be renamed for the San Remo accords.

A reasonably informed supporter of Israel could be excused for not knowing any of these claims—and for good reason, since none of them is true. That doesn’t make San Remo any the less interesting, but its real significance lies in the opposite direction: in, to be precise, Britain’s history of imperial self-dealing, which at San Remo and as a consequence of San Remo nearly undermined any prospect of a Jewish state.

To read the rest, go to Mosaic right here, or download.